The chemical interceptor tanks were not functioning correctly as ground water ingress had forced the existing HDPE tank linings away from the walls. This ground water was also causing the level alarms to alert, despite no chemicals having entered the tanks.

A tank lining specification which would resolve the ground water ingress and guard against chemical attack was required.

This is not as simple as it sounds as where a negative pressure of water is present over sealing with vapour impermeable chemical resistant resins can lead to tank lining failure and osmotic blistering.

Following preparation the three interceptor tanks were waterproofed using BASF Materseal M586 cementitious render applied by trowel. This resolved the water ingress and provided a suitable surface for the tank lining to be applied to.

All surfaces were primed using BASF Masterseal P770 as per the manufacturers recommendations. As per the rest of this tank lining system this primer is vapour permeable, making it particularly suitable for below ground applications where water ingress and a moisture drive could be present.

This primer is also highly damp tolerant, which gives advantages in being able to apply the tank lining sooner after the application of the tanking system.

BASF Masterseal M790 tank lining was then applied in three coats of contrasting colour as per best practice. The thicknesses of the tank lining were checked during application using wet film thickness combs.

Once cured the lining was checked for pin holing using a DC holiday spark tester as per our standard quality assurance. 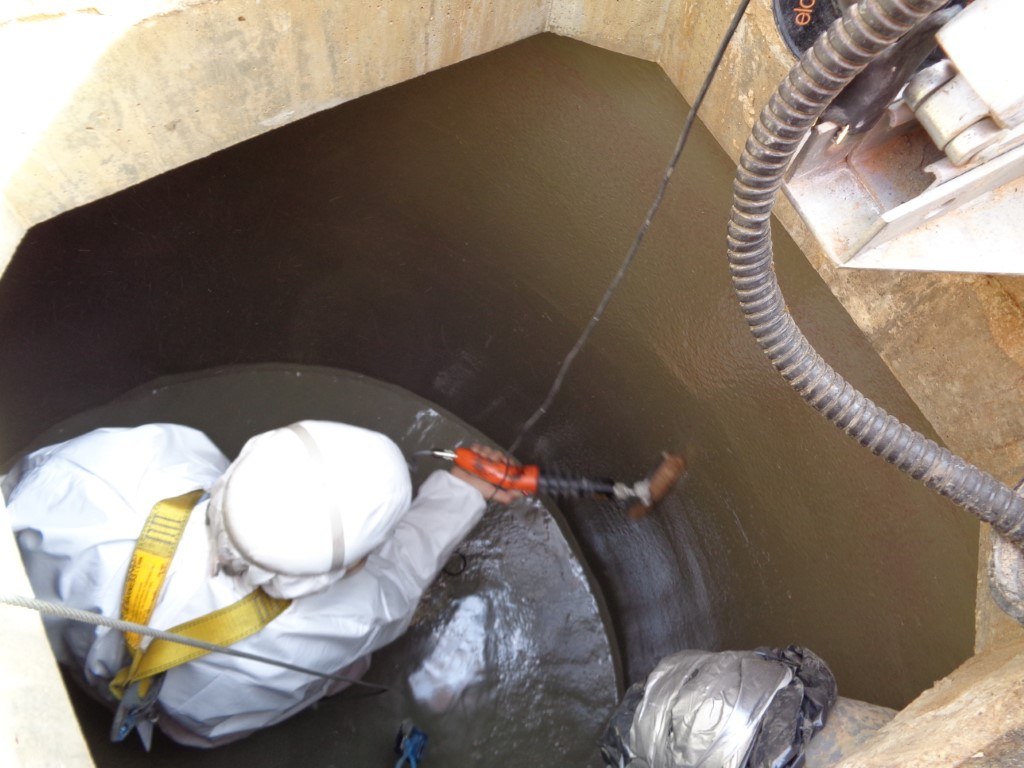 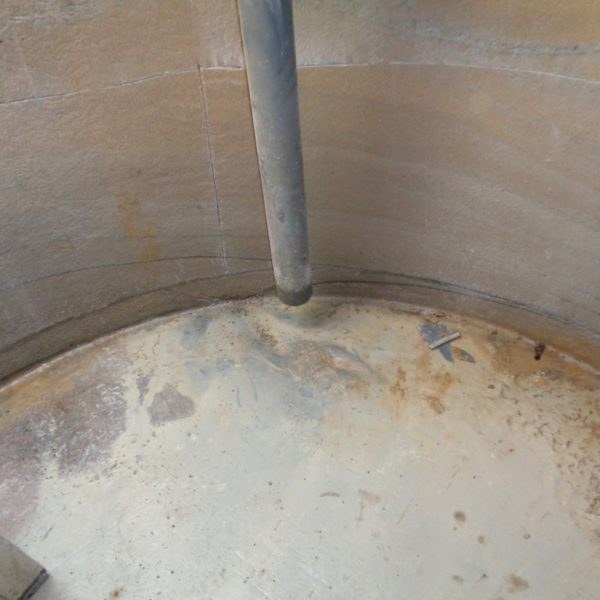 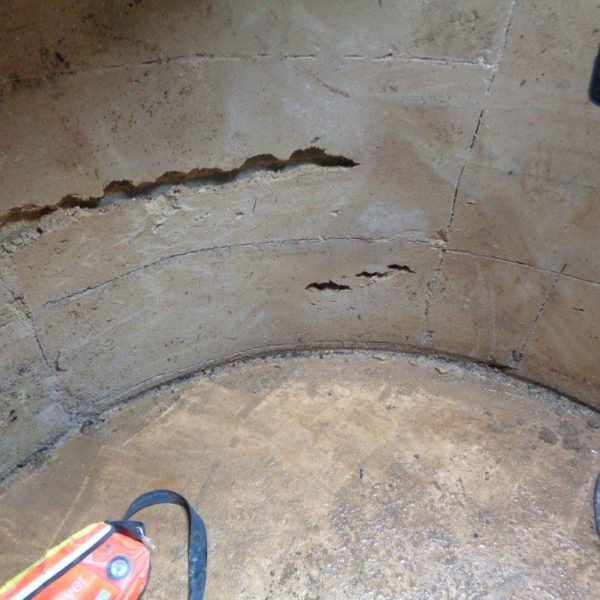 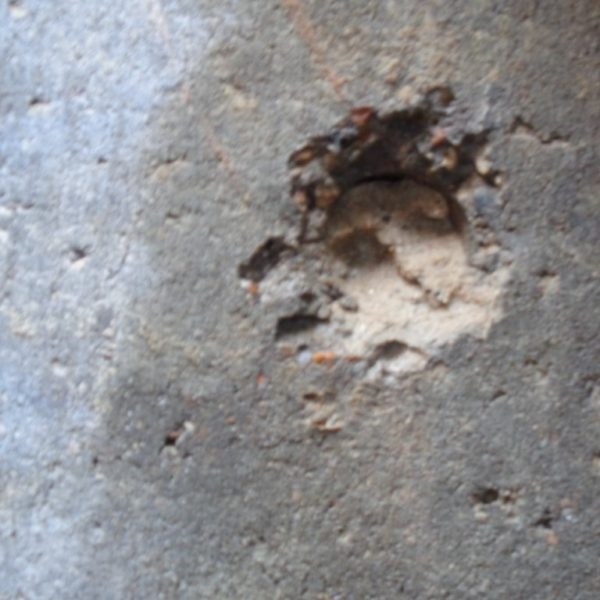 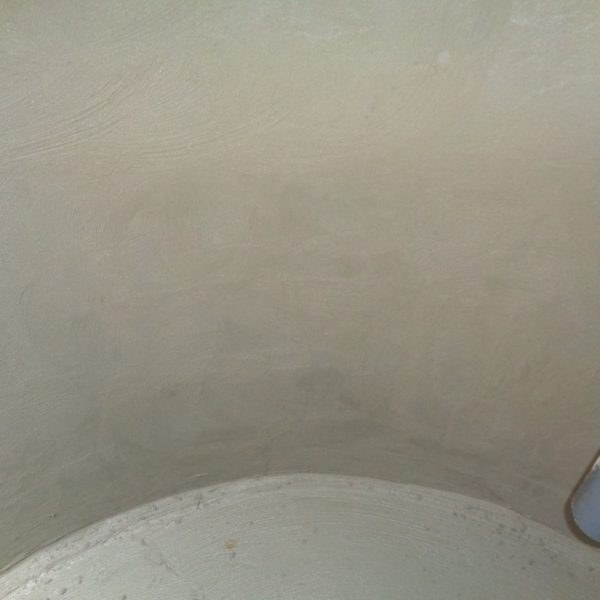 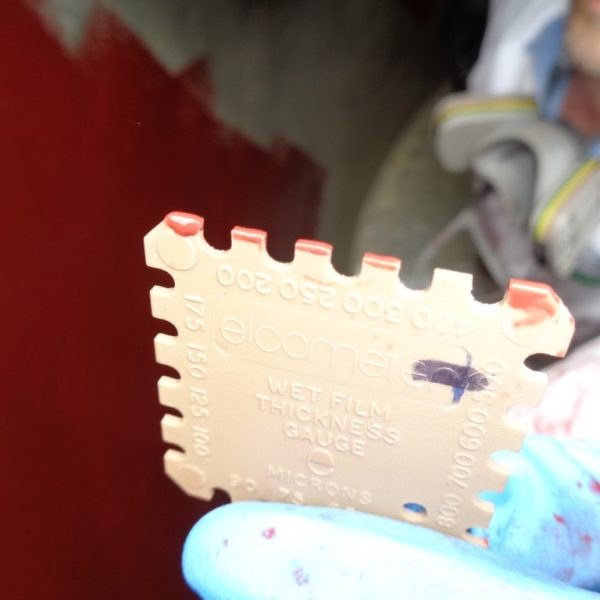 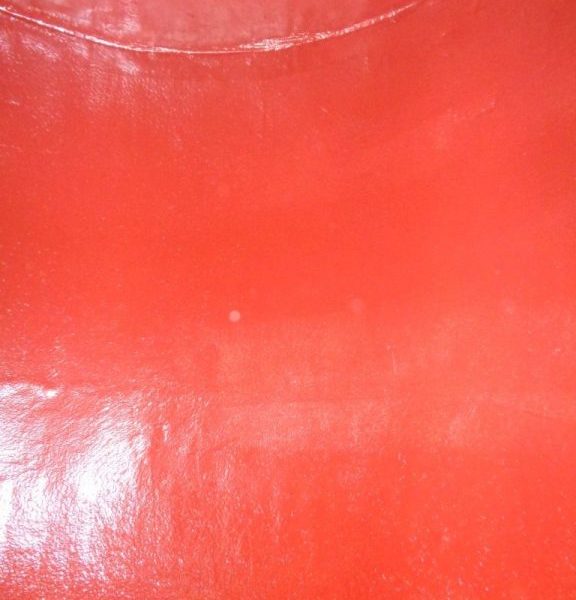