The caustic sump had been badly eroded as a result of continuous exposure to aggressive chemicals. In the condition that presented to us it was no longer fluid tight presenting an environmental risk.

Following cleaning down by our client to remove hazardous chemicals the defective concrete was isolated and broken out using breakers and taken back to a sound edge.

Due to the level of degradation seen it was necessary to completely reform the sump using a shutter prior to reinstating using a concrete repair mortar. This was allowed to hydrate prior to the application of the protective sump lining.

All areas to be treated we first primed using a damp tolerant epoxy primer which was fully blinded with a quartz aggregate.

As part of our standard quality assurance the sump lining was spark tested to check for pin holing and porosity. In a demanding chemical environment such as this a single pin hole is a point of failure. 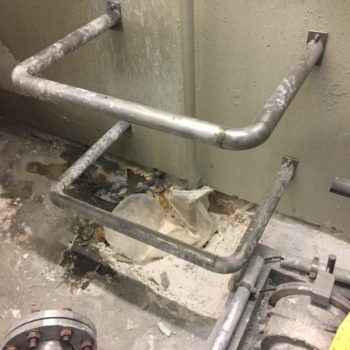 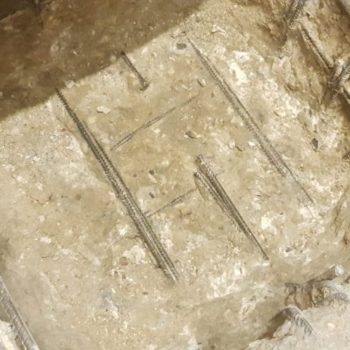 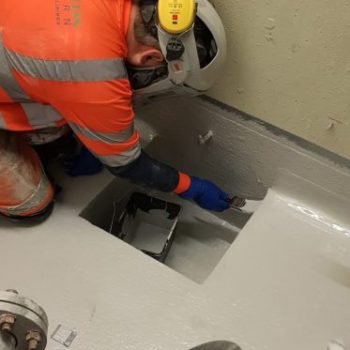 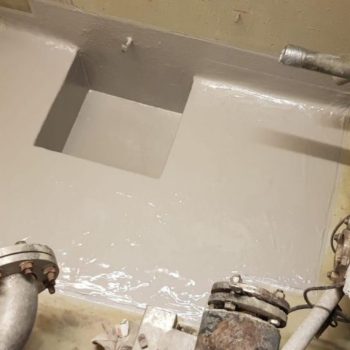