The mild steel scraper structure was exhibiting heavy corrosion as of chemical attack and constant exposure to moisture.

We had previously refurbished another identical structure for our client over 10 years ago which is still performing extremely well despite the demanding environment it operates in. Therefore we proposed the same grit blasting and protective coating application.

Initially to remove the heaviest scale deposits we prepared the steel using our own Ultra High Pressure Water jetting unit. The exposed steel was then prepared to SA2.5 by method of grit blasting. Grit blasting is still recognised as the best form of surface preparation for steel due to the excellent mechanical profile it creates which provides an excellent anchor pattern for new protective coatings to adhere to. The surface profile raised by grit blasting was checked and recorded using a surface profile needle gauge.

Following clearing of the spent abrasive a soluble salt test was conducted. Grit blasting will not remove soluble salts, which if left in place will draw moisture through a coatings film, causing premature failure of the protective coating system. In this instance correct testing was full vindicated as the soluble salts were found to be very high in areas not exposed to rain, such as the underside of beams.

To resolve this the entire structure was washed with clean water until an acceptable soluble salt test was achieved.

With conventional protective coatings this would have necessitated grit blasting the steel again. Fortunately we had elected to use Corroless EPF – a rust stabilising epoxy primer, ideal for applications such as this. Corroless EPF contains a mined pigment that converts corrosion present to magnetite, thus preventing further corrosion. The benefit of this with regard to this project was that it allowed time for thorough cleaning, without the time pressure constraints (typically 4 hours from grit blasting) when using conventional products.

Further to it’s rust stabilising Corroless EPF contains self-leafing glass flake which laminate within the coating film to provide a more tortuous route for oxygen and moisture to reach the steel surface.

As per best protective coating practice separate stripe coats were applied to all angles and edges, to build thickness in the areas where paint pulls thin through gravity and surface tension.

Two coats of Corroless EPF were applied in contrasting colour as per best protective coating practice, with each coat being applied at a minimum of 200 micrometers thickness.

A final coat of Corroless RF35 Glass Flake reinforced epoxy finish was applied to a thickness of 180 micrometers. Dry film thickness readings were taken after each coat and following the final application to ensure the necessary thickness were achieved.

We warranted this application for a period of 10 years from completion, which given the previously coated structure is now in its 11th year of operation without maintenance we are extremely confident in offering. 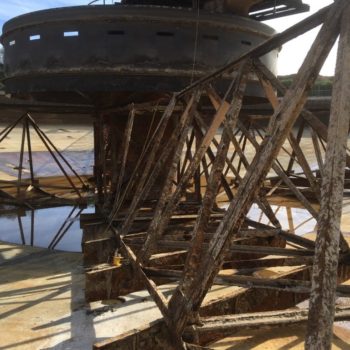 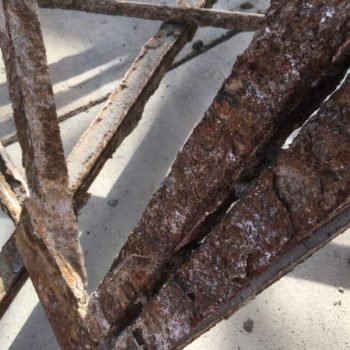 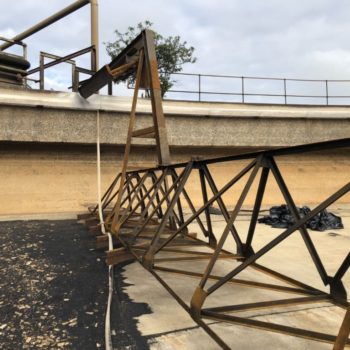 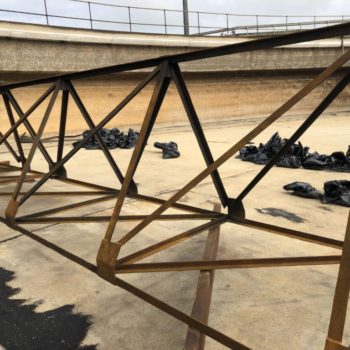 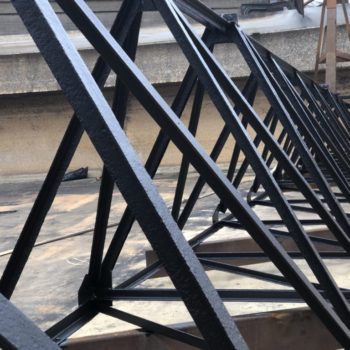 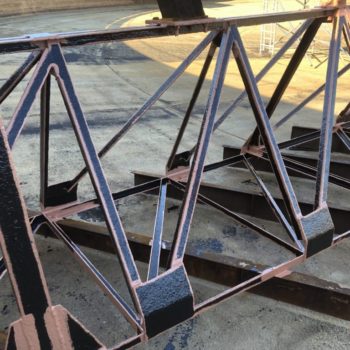 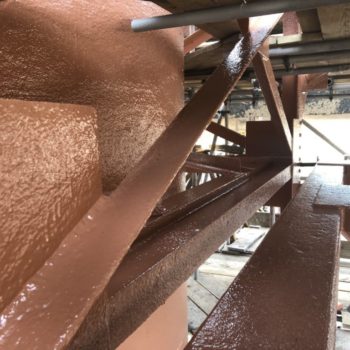 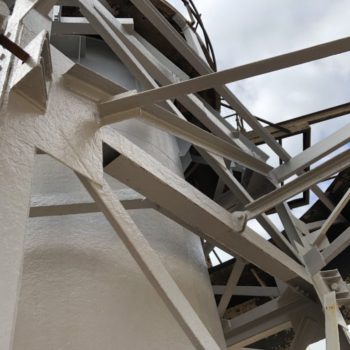 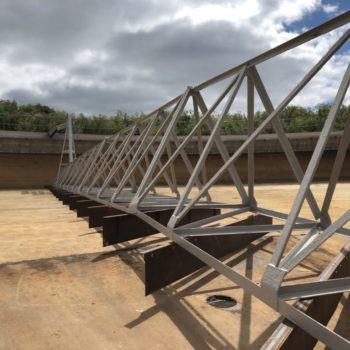 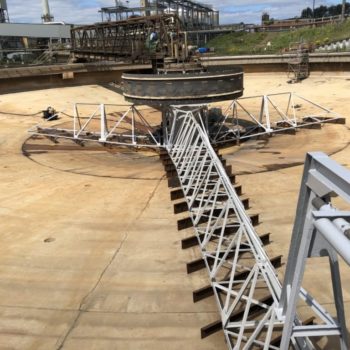